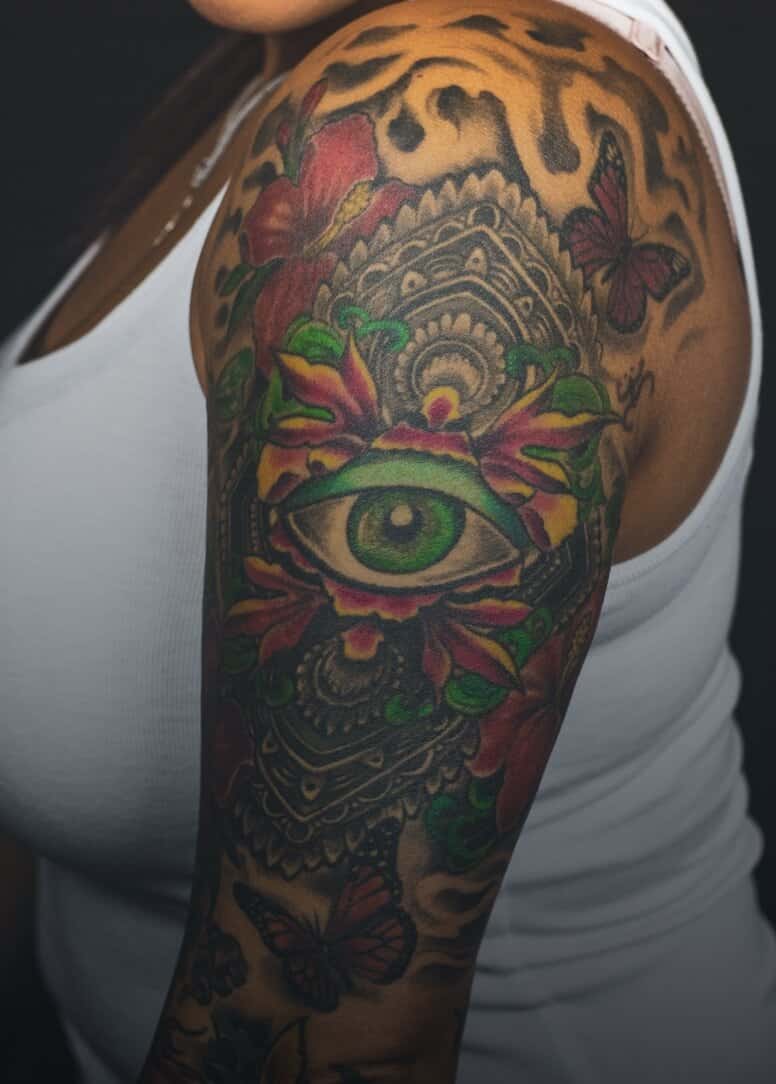 It is this custom that Ukraine-born artist Stanislava Pinchuk borrows for her curatorial debut at Melbourne’s Immigration Museum, part of the larger Our Bodies, Our Voices, Our Marks exhibition. Rather than have visitors funnel aimlessly through the entrance on their long and winding journey to the gift shop, her layout immediately invites them to sit and reflect – on deckchairs created by Brook Andrew. His work, Ancestral Worship, prints colonial postcard images on to the fabric of the chairs.

“Half are found ethnographic imagery, half are diamond patterns that are significant to Brook’s own ancestral line,” Pinchuk tells Guardian Australia. “It’s a really intelligent work about what it means to document the body, and I think it’s important in the Immigration Museum that the First Nations perspective is the first thing that you see.”

Pinchuk’s own artwork has appeared in Nike ad campaigns, has been commissioned by Tiffany & Co and Louis Vuitton, and is permanently inked on to the bodies of singers Sam Smith and Florence Welch of Florence and the Machine, among others. That gives her the sort of hot profile that’s irresistible to brands, but it’s her sensitive and abstract data-mapping of war and conflict zones that made her the perfect curator for the Immigration Museum’s winter-season focus on tattoos, cultural identity and immigration stories. The larger exhibition is completed by two related blockbuster shows from overseas, Perseverance: Japanese Tattoo Tradition in a Modern World; and Tatau: Marks of Polynesia. Pinchuk’s guest-curated section, Documenting the Body, highlights the works of four artists, including Andrew and herself, who are concerned with the intersection of immigration stories and art, particularly body art.

New Zealand film-maker and visual artist Angela Tiatia contributes a video work, Walking the Wall, in which she reveals her sacred malu thigh tattoo by lying on her back and staring magnetically into the camera as she walks her legs, in high heels, up and down the wall. Melbourne-based tattooist Paul Stillen specialises in large dual-cultural motifs that describe the wearer’s hybrid identities. Annie is one of those recipients whose image is used in the exhibition. Among her five large botanical tattoos from Stillen is a crane surrounded by native river reeds, based on a photo taken of her mother when she first migrated to Australia in the 90s from Tianjin in mainland China.

In her solo exhibition of prints at the museum, Immigration Granulation, she mapped the migration journeys of her friends on to their bodies. To her the process is so personal that she only works on friends, and only then as a barter system. “I give it a whole night so that no one has anything to do afterwards. Sometimes we draw for six hours, eat dinner and drink some wine, talk and play records. To me, it’s energy and intimacy, and taking someone through pain and talking about where they’re at in their lives. I never felt that I could do that with strangers.” Zaiba Khan crafted gold jewellery for each person that they got to keep, based on the staple foods that would have been eaten on such journeys. 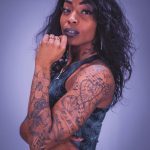 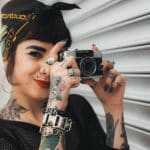